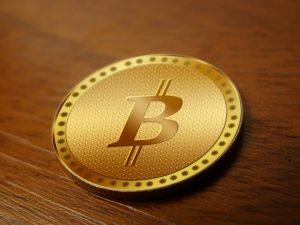 By now you’ve probably gotten used to the place of Bitcoin in everyday society. For some it’s a useful currency that can be used as an alternative to ordinary cash or credit. For others it’s more of a commodity to be bought and held over time in the hopes that its value increases and it pays off as an investment. What many don’t realize, however, is that despite its free-flowing, unregulated nature, Bitcoin (and digital currency in general) has actually caused a range of different reactions from prominent governments around the world. Some countries appear to be encouraging its use, others are taking steps to prohibit it, and still others are simply letting it develop as it will.

To give you an idea of how these varying degrees of government attention are spread out around the world, here are five interesting stances on Bitcoin by major countries.

China has had a complex relationship with Bitcoin from day one. While many believe that Bitcoin has been explicitly banned throughout the country, the truth is just that the banks in China are prohibited from engaging in any sort of transaction based in digital currency. Private users can trade Bitcoin all they want, and as a result China actually accounts for some of the highest volume Bitcoin trading in the world. However, the government still appears to be uncomfortable with the spread of a digital currency it doesn’t have a stake in. According to reports, China is taking steps to develop its own digital currency under the control of the nation’s central banks.

Western Europe has grown more accommodating to Bitcoin over the years, but Germany is an interesting case within that trend. While the government hasn’t actually done anything to stop people from acquiring or using Bitcoin, it does formally recognize cryptocurrency as a voucher or commodity rather than legal currency. This guide to the German outlook explains that this distinction means that Bitcoin trading is subject to something called the VAT (effectively a tax). The point of this is actually to prevent some small regional currencies (such as the Chiemgauer in Bavaria) from being wiped out. The current setup allows small currencies like these to help with regional development where they’re recognized, so long as they’re exchanged only with familiar mainstream currencies like the Euro. Introducing Bitcoin as an alternative could destroy this setup, so subjection to the VAT under the commodity distinction is meant as a sort of deterrent.

Greece has been plagued by economic turmoil for years now, and many within the country have considered turning to Bitcoin as a way of protecting their wealth from currency devaluation, or even from an inability to access currency. Where Greece is concerned the accessibility of Bitcoin is emphasized. As detailed in this explanation of Bitcoin wallets, users can truly store and access their digital currency in a range of ways that allow for maximum independence and require no dependence on ATMs or banks. This comes into play when you consider that Greece has had to set strict withdrawal limits on cash ATMs of late. As of now the government has made no move to stop the growing influence of Bitcoin among its citizens.

The U.S. may seem to be the most liberal major country in its approach to Bitcoin, because frankly it seems as if there are no restrictions. Like every other country in the world, the U.S. does not recognize Bitcoin as a legal or official currency. However, the government does very little if anything to hold back its rise as an alternative store of value. Interestingly enough though, the U.S., or more specifically the Commodity Future Trading Comission (or CFTC), also classifies Bitcoin as a commodity. As explained here, this primarily means that the CFTC is able to monitor and shut down trading platforms that aren’t officially registered.

Russia may well be the strictest major country when it comes to the use of cryptocurrency. While Bitcoin has not effectively been banned throughout the country just yet, legislation is on the table that would enable legal authorities to punish any users of cryptocurrency. It’s a move meant to outlaw such currency completely on the grounds that anonymous alternative transactions can make criminal activity easier.

These are just five of many major countries to have addressed the spread of Bitcoin in one way or another. But the different approaches even among these five should give you an idea of just how many different perspectives there are on the crytpocurrency phenomenon.