Another great concept, decentralized Youtube and from a developer whos talent ive already seen in many apps. Meet View.ly! 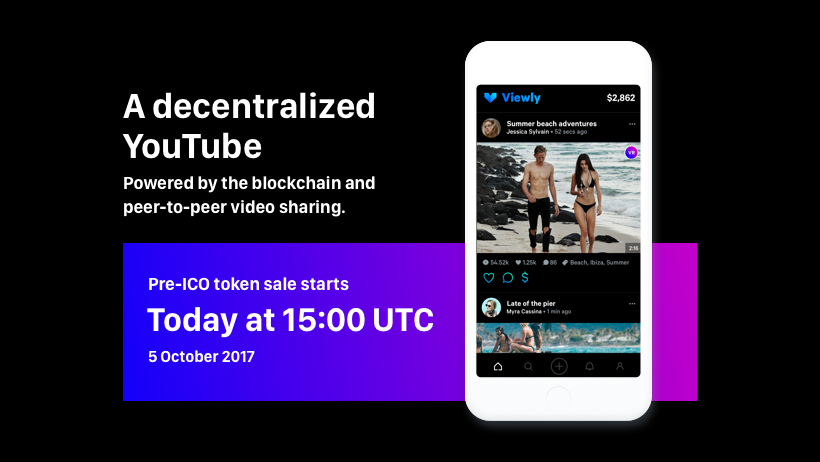 The incentives between content creators, their viewers and advertisers are inherently misaligned. Viewers are bombarded with pesky ads. Creators sacrifice their substance for views. Advertisers lose due to inefficiencies in reach and rampant ad-fraud.
Creators build their tribe of dedicated fans, and receive Patreon like support trough frictionless micropayments and subscriptions. Creators can also sign sponsorship deals that are in-line with their fanbase best interests—with the on-chain escrow and no middleman.

Viewly will fix this, people uploading stuff will make money from watchers and advertisers will get a targetted audience. Everything clear and transparent on blockchain.

Whats Best Here ?
So we have Youtube on blockchain without middle man cuting fees and making deals. Video is already big on the internet and with faster connections, can get even bigger. Also this will be censorship resistant since Youtube bans loads of things or at least doesn’t let them make money from advertisements. Advisors is another spot where View.ly gets hot. COO of Bitstamp joined the board (one of the biggest European Bitcoin exchanges) and Rarez, a big youtuber known from Steem now too. Also Pon Kattera a known designer is among this crew.
You can already test the system which uses STEEM for now – https://alpha.view.ly/ so its an actualy product not a base idea.

How to Join VIEW Crowdsale ?
This is a pre-ICO the bigger one later, so prices here will surely be better than later. The ICO is on Ethereum so you will need a wallet that you control private keys of – Mew, Metamask etc.
Now you can go to TOKEN SALE PAGE and prepare. It started today and the goal is 4,000 ETH, and half of this is done already if you want to join, you should speed up.