After reading Crypto Income Guide people ask about PoS coins which were not shared in the ebook at all, since that needs some tech skills. Here is a nice write up on how to use Proof of Stake and Masternode blockchains.

“Proof of Stake has a bright future. In the worst case scenario, it is only used for small cap cryptocurrencies. Best case, a new dominant cryptocurrency consensus protocol which makes cryptocurrency more efficient, secure, and accessible to everyone”

The answer, as with many things, lies in the middle of the 2 extremes. Proof of stake has its faults, but it also holds a tremendous amount of upside potential. This article intends to clear up some information on proof of stake and inform readers of how this consensus mechanism works.

Introduction to how proof of stake works

For those unfamiliar with Proof of Stake, it can be thought of as a consensus engine similar to Bitcoin’s “Proof of Work”. Bitcoin’s big innovation was solving the byzantine generals problem, and once that was solved, others could improve on it. Proof of stake is one such improvement, choosing to use economic incentives and disincentives to secure the network rather than competitive wasteful POW mining. 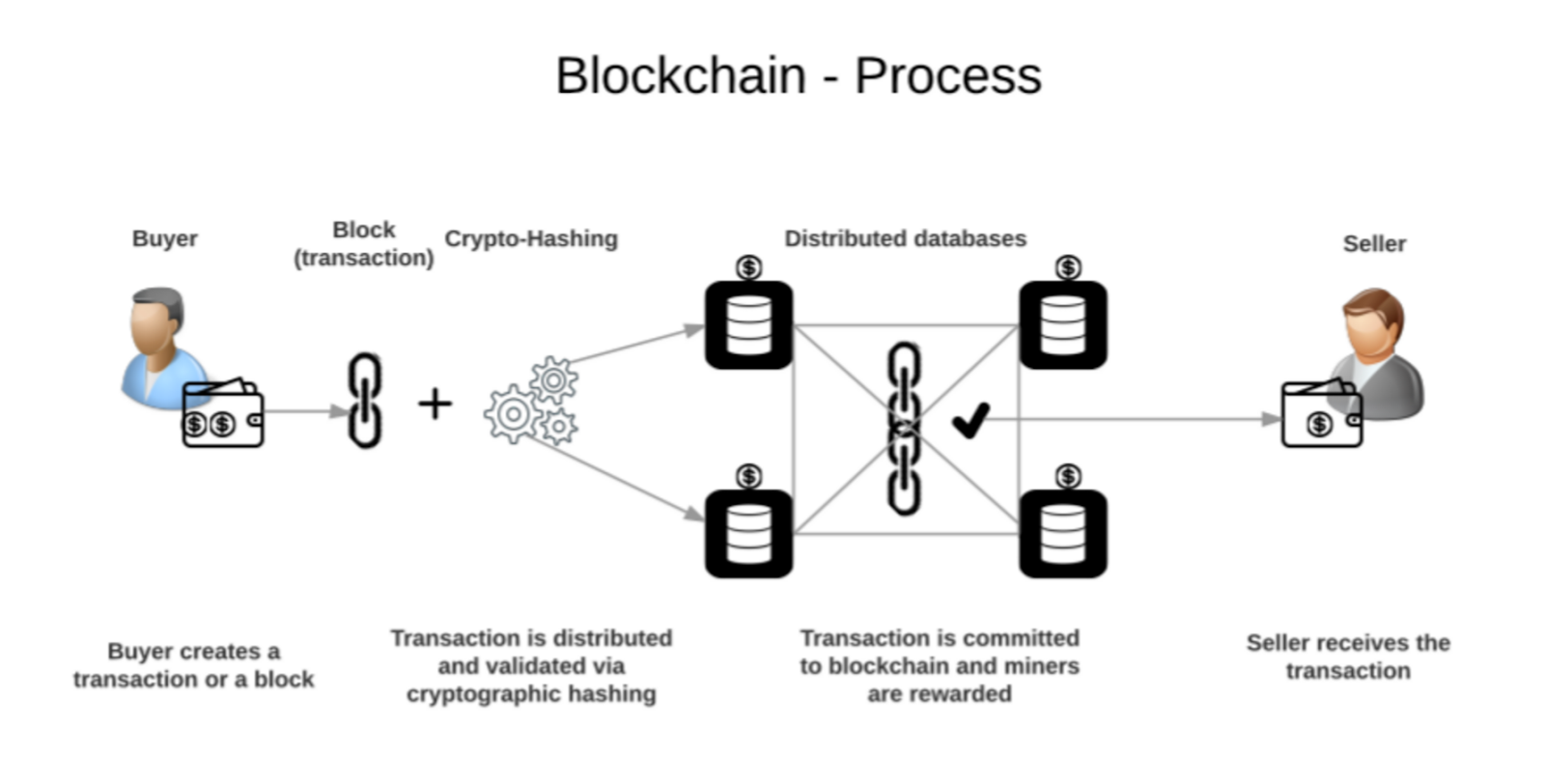 While it may seem complicated, it’s actually pretty simple if you know the basics of a blockchain. In Bitcoin specialized computers burn electricity hashing, which is the equivalent of trying combinations on a lock, to earn the right to create a new block and update the ledger.

This quickly became expensive in electricity and powerful computers. So if an attacker wanted to attack Bitcoin, they would have to invest in the electricity and powerful computers first. And, taking into account the block reward and transactions fees for this investment in mining, it quickly becomes more profitable just to participate in the system rather than attacking it. 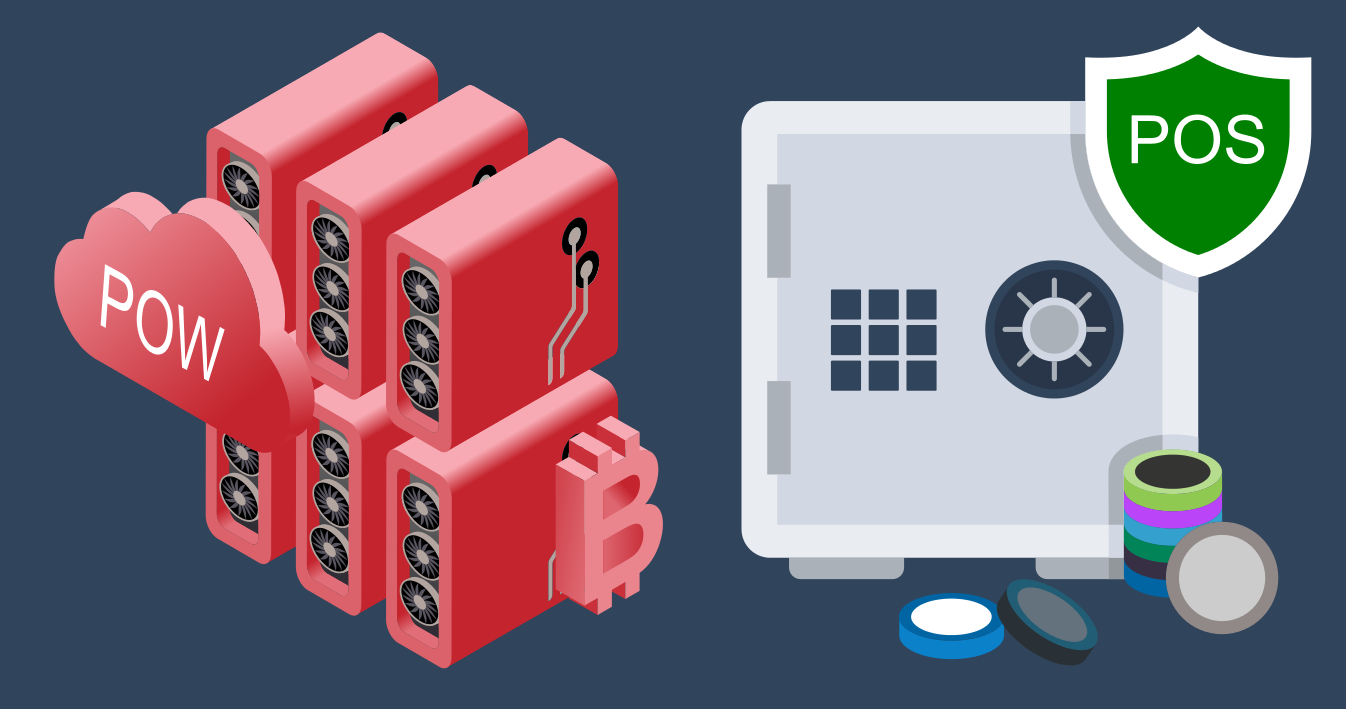 Proof of stake, just went about this problem a different way. With proof of stake coins if you want to “mine” or produce more blocks, you first need to invest like in Bitcoin. But, instead of investing in specialized computers and electricity, you need to invest in the POS cryptocurrency itself.

Once you have bought the cryptocurrency to attack the system, your invested and it becomes more profitable to participate and be honest instead of attack. POS miners (stakers) get rewarded like Bitcoin miners do with new coins and transaction fees. But, in POS there is also disincentive, as if you are dishonest and do attack the network, your investment will be taken away from you. This disincentive of losing your coins, gives proof of stake networks high security very quickly, even before the coin matures or becomes economically valuable.

This is obviously a simplification of how the process works, but it covers the basics. Below is a chart comparing mining Bitcoin’s proof of work to proof of stake.

The Good about Proof of Stake 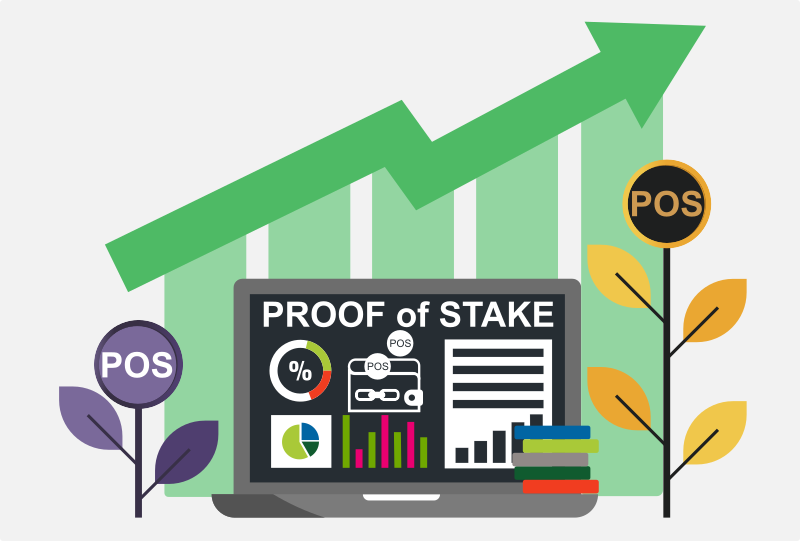 As mentioned above, the process of “mining” or securing the network in a POS system is called Staking. When you stake your cryptocurrency, you basically lock coins in your wallet as collateral that you will not be dishonest. And if you are honest and participate in relaying transactions and securing the network, then you are rewarded with new coins and fees. If you are dishonest and attack, you lose your coins.

An exciting benefit of proof of stake, which is that anyone can stake. There are very few barriers to entry when it comes to staking. If you have a computer which is on 24/7 and can run a wallet, you can stake. And for those that don’t have either, there are services that will stake your coins for you and make it even easier to participate in mining.

The downside of Proof of Stake: it’s not Bitcoin

While proof of stake is superior in many ways, it does have downfalls compared to Bitcoin.The original Bitcoin idea and white paper struck a beautiful balance of incentives. Proof of work is a ruthless and extremely competitive consensus mechanism because it is so wasteful. While it bad for the environment, it is also a hidden gem to why Bitcoin is so valuable. 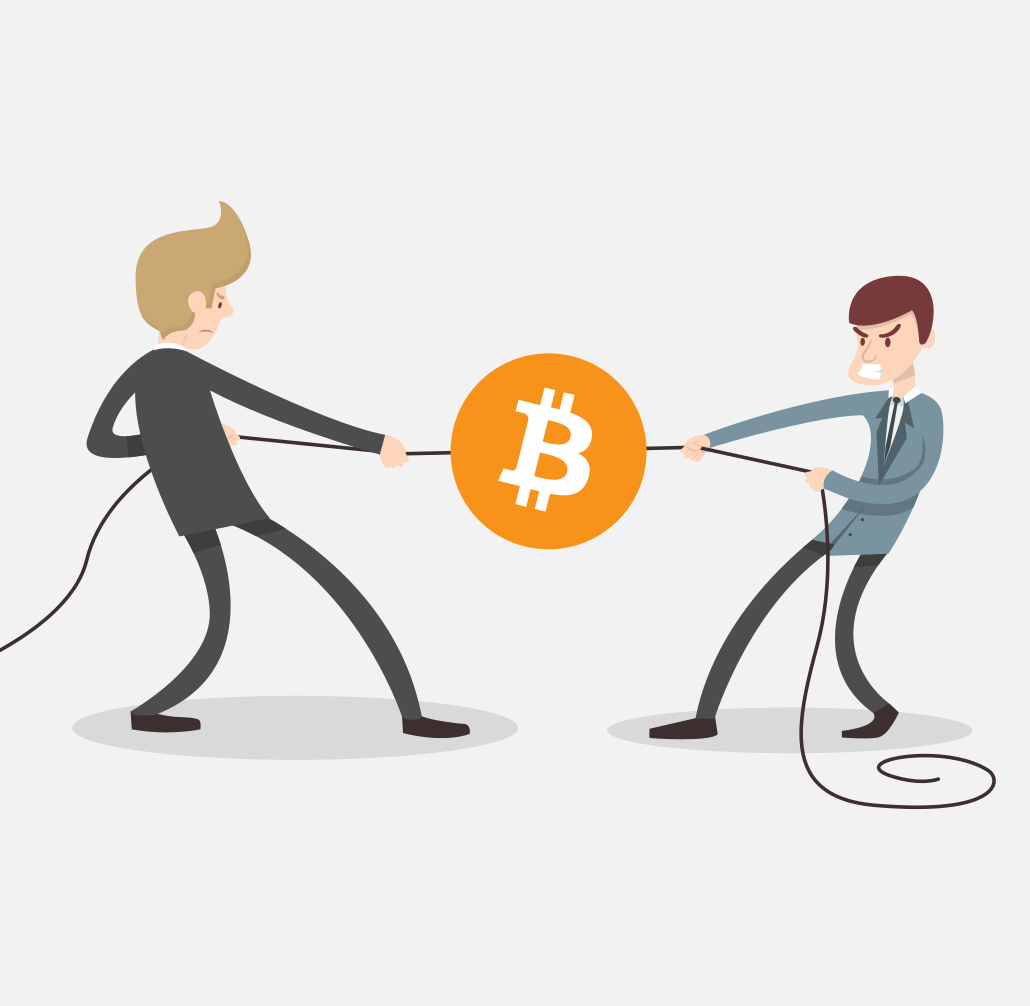 One point being it requires constant re-investment, innovation, and competition. Miners always have an incentive to get better: cheaper electricity, better miners, better cooling, faster connections ect… They also become so invested in otherwise useless infrastructure, that they have to innovate, market, and passionately pursue users and use cases to grow the Bitcoin network and make Bitcoin profitable, otherwise they will lose their investment.

Proof of Stake Can get Lazy

Proof of stake doesn’t have this, which is its biggest downfall as an economic system. Miners do not have to continuously invest and innovate and can be quite lazy and still participate. There is also the issue of “The rich getting richer”. Rich lazy stakers can just sit back and grow proportionately richer compared to new participants, without doing any extra work. As they have significantly less incentive to improve the system and drive value than POW miners. 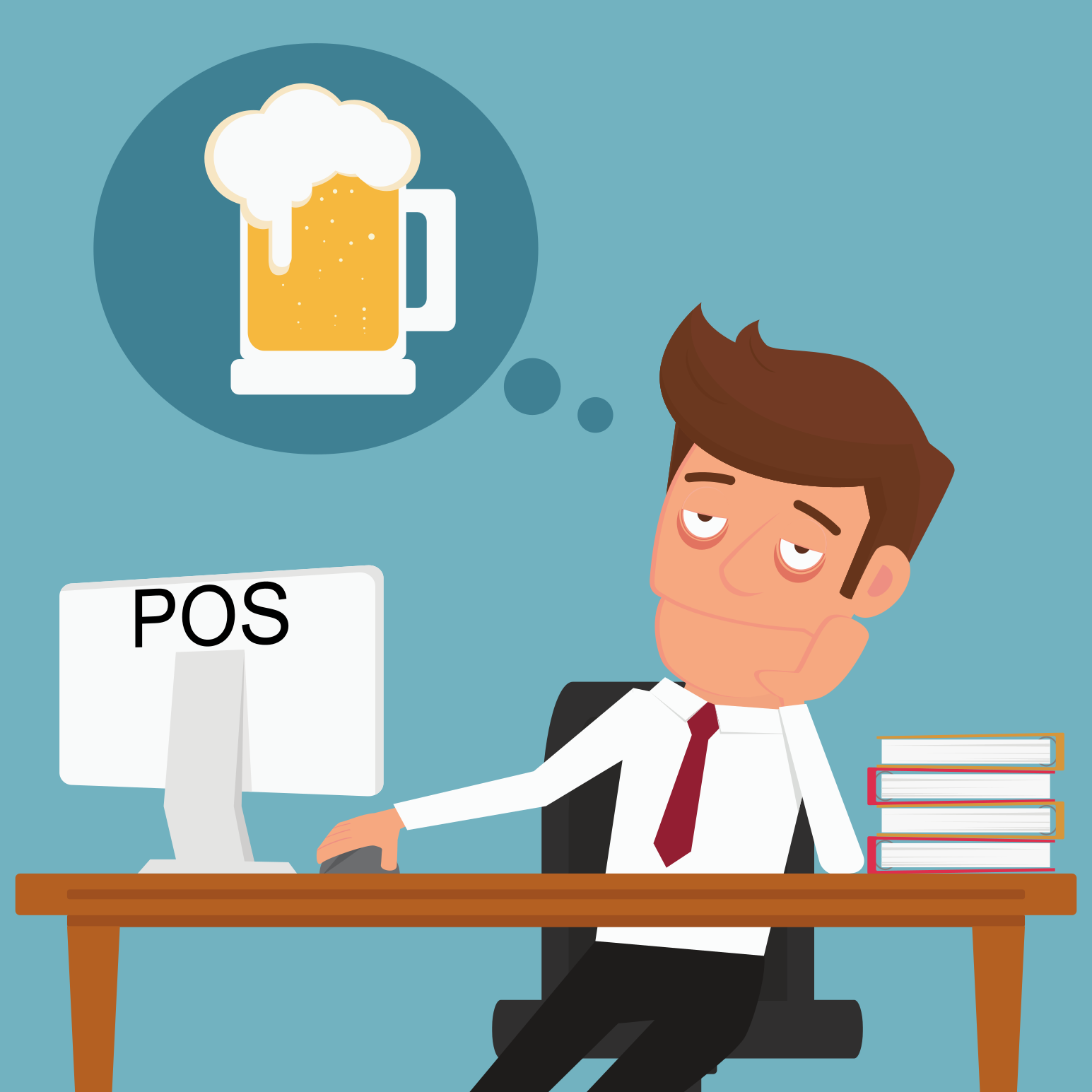 But with that being said, not all cryptocurrencies are driving and competing specifically to be money like Bitcoin. Ethereum is a good example, which is why it is switching to proof of stake. Ethereum was never meant to be “money” like Bitcoin, but rather a decentralized application platform with a monetary token. And while rich stakers can be lazy, they still have economic incentive to increase the value of their holdings and staking rewards.

Different Varieties of Proof of Stake

As of this writing Bitcoin and Ethereum both use proof of work. However, they are completely different varieties of the proof of work consensus mechanisms. The use different miners, different block rewards, different transaction fees, and are just different. However, they reach consensus the same way by using computers to wastefully burn electricity in order to secure the network. Keep in mind best proof of stake coins are not easy to find so you need to do some research,

The same variety exist within proof of stake. 2 coins can both be proof of stake, but be completely different at the same time. Some examples of aspects they can differ in are:

This list is not all encompassing, as there are many other ways POS coins can differ

Different Types of Proof of Stake

So while there are many varieties of proof of stake, there are also different implementations or types. Proof of Stake is a general term and describes a lot in regards to the consensus model. However, proof of stake is commonly used alongside other consensus mechanisms which allows it to take on different properties. Proof of work coins need computers and machines to run all the time and eat a lot of electricity.


How to get involved

So now that you have the general overview of what proof of stake, now comes how to get involved! There are hundreds of Proof of Stake coins and projects doing 100’s of different things that you can learn about and get involved in. Whether its running a masternode and sending private transactions on Exclusive coin, or participating in voting on DPOS on BTS, STEEMIT, or EOS. There are countless opportunities to get involved.

Very soon Ethereum the 2nd largest cryptocurrency by market cap will go proof of stake! This will be a huge boost for proof of stake and will bring the technology into the limelight.

Getting some POS Coins

The first part in getting involved with any proof of stake project is to get some coins! You don’t need to invest a large amount of money, or invest at all to get involved. However, if you do decide to invest always always do your own research and take note these are very high risk investments and this article is in no way financial advice.

Some ways to get POS coins-

Once you have some coins put them to work and earn staking rewards. Staking wallets are no harder than normal desktop wallets to run. However, like any desktop wallet, they do require some skills and take up storage and resources from your computer. If you are not the best with computers, or if your computer is slow enough already without wallets, staking pools are a great option 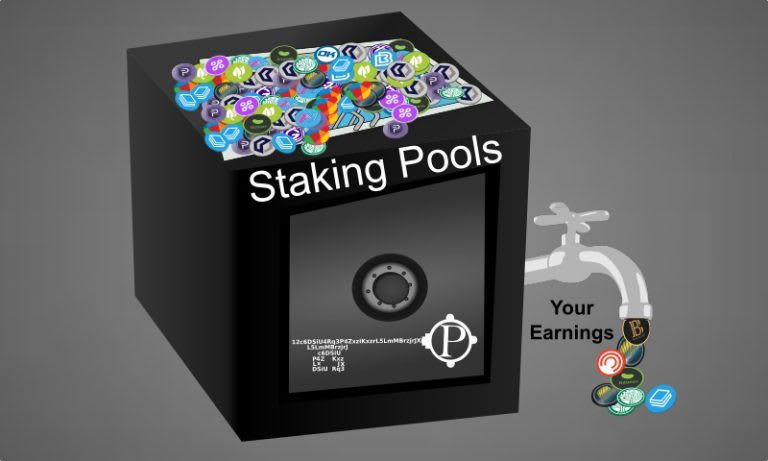 A staking pool is a group of people that pool all of their proof of stake coins together and stake in 1 wallet which is usually a website/service. This means you will get smaller staking payouts much more often than staking by yourself in your own wallet. For example, if you buy your staking coins (or claim them from the altcoin faucet) at Btcpop.co (which is an exchange and staking pool) they will automatically be staked for you. So with no additional work, you can start proof of stake mining as easy as any exchange.

Some staking pools are:

If you want to get in on Masternode rewards, but don’t have enough coins yet for a full masternode you can still get involved. Similar to a staking pool, shared masternode services pool coins and launch/run masternodes for users for a small fee. The rewards are then distributed proportionately to the users in chunks or shares.

In conclusion, proof of stake is a promising consensus mechanism with a lot of potential upside in the future. It competes well will the popular proof of stake cryptocurrencies and has the potential to surpass them in the future not wastefully burning electricity and rather investing and improving speed and usefulness of POS networks. And one of the most important aspects of proof of stake is that its very easy to get involved and unlike POW, anybody anywhere can participate in proof of stake mining and collect many coins at these cheap prices.